January is the planning and ordering month. I order several trays of seedlings from Banner Greenhouse in Nebo, NC. These orders require 6-8 weeks of advance order prior to shipping. I like to order my trays for the full year so that I can stick to my plan. There are a lot of great options for seedlings but for the quantity that I am looking for I cannot find a better deal than Banner – many of my trays are $10 – $12! I also pay an extra $35 to have them shipped to my door. I acknowledge that part of the homestead credo is Do It Yourself – a clear violation with this order and delivery – but the amount of time and hassle that this saves me allows our production system to get much closer to producing 80% or more of our food supply. It also allows us insurance in meeting our goal to eat a salad from our garden everyday. 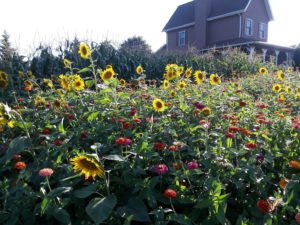 For a mid-March planting my order includes the following:

For an early May planting my order includes the following:

For an early September planting my order includes the following:

Throughout the year I also direct seed many of my crops. I save my own seed for open-pollinated varieties and I purchase seed from a variety of seed catalogs and home garden stores for others.

I also plan for the following direct seeding events:

Looking for our email lists?

We have a list of all of our e-mail newsletter offerings.